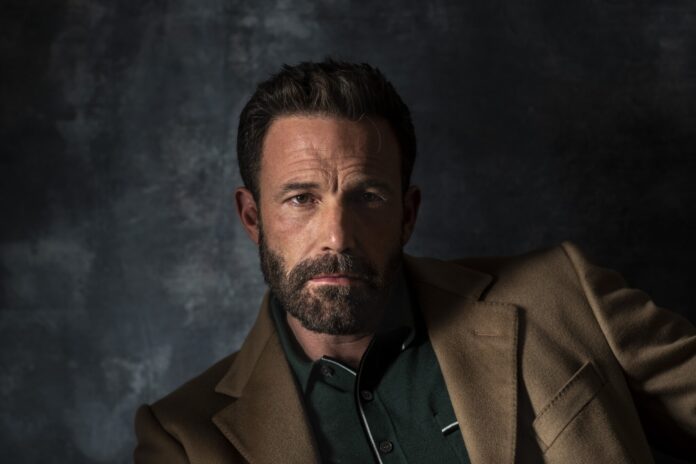 As an actor, screenwriter, producer, and director in the United States, Ben Affleck has a net worth of $150 million. He is best known for writing, directing, and starring in the films “Good Will Hunting” and “Argo.” He and Matt Damon won an Academy Award for Best Original Screenplay for “Good Will Hunting.” Ben won an Academy Award for Best Picture for “Argo.” Throughout his career, Ben has acquired a fortune worth hundreds of millions of dollars. He got $15 million from the 2003 picture “Paycheck,” which was one of his biggest acting payday (before backend bonuses).

Benjamin Géza Affleck-Boldt was born on August 15, 1972, in Berkeley, California, to Chris and Tim Affleck. Ben’s mother was a teacher, while his father was an aspiring playwright who supported himself by working as an electrician, janitor, carpenter, and bookie.

Ben’s family moved to Falmouth, Massachusetts, when he was three years old, where his younger brother, Casey, was born. They subsequently settled in Cambridge, where his parents later divorced. Ben’s family was quite involved in the Cambridge cultural community. Ben and his brother have attended theatre events and spent time with people who work in the arts since they were children. His mother knew a local casting agent who helped both of the Affleck brothers get tryouts. Ben’s mother, despite her encouragement, never pushed him to pursue acting as a career; she encouraged him to become a teacher. When Ben Affleck was eight years old, he met Matt Damon, who was two years his senior. They immediately fell in love and were lifelong friends. They started their careers in Hollywood together after taking acting classes together.

Affleck has been romantically linked to a number of well-known Hollywood stars. He was famous for dating singer Jennifer Lopez from 2002 to 2004, and he became a tabloid favorite overnight. Since the media couldn’t get enough of “Bennifer,” the paparazzi trailed the pair everywhere they went. Ben, like Jennifer, had previously been in the tabloids, but he wasn’t used to being in the spotlight all of the time. Affleck and Lopez became engaged in 2002, but due to excessive media attention, their wedding was postponed until 2003. They broke up the following year. Ben married Jennifer Garner in 2005, and they have three children together. Their divorce was finalized in late 2018, after they announced their separation in 2015.

Following a string of roles in the 1990s, including ‘Lifestories: Families in Crisis (1990)’, ‘School Ties (1992)’, ‘Dazed and Confused (1993)’, ‘Mallrats (1995)’, and ‘Chasing Amy (1997),’ Affleck tried his hand at directing with his 16-minute short comedy ‘Killed My Lesbian Wife, Hung Her on a Meat Hook,’ He also appeared in every single one of Smith’s ‘View Askewniverse- Jersey’ movies. Early in his career, he also made several appearances on ‘Saturday Night Live.’ It was in 1997 when Affleck and fellow actor and close friend Matt Damon established a name for themselves. Damon wrote the play while at Harvard, and the film is based on it. Both of them adapted it into a screenplay. They both went on to star in the film about a complex math genius who works as an MIT janitor. For a million dollars, Harvey Weinstein bought the script that Affleck and Damon wrote together, and the picture was nominated for two Academy Awards, winning two of them, including Best Original Screenplay. As a result of the film’s success, Affleck became an international superstar overnight. In 1998, Affleck starred opposite Bruce Willis and Liv Tyler in the action picture ‘Armageddon.’ Despite receiving mixed reviews, the picture was a commercial success. In 1999, he co-starred with Sandra Bullock in the romantic comedy ‘Forces of Nature.’ In the film ‘Shakespeare in Love,’ Affleck co-starred with his on-again, off-again partner Gwyneth Paltrow. In 2001, ‘Armageddon’ director Michael Bay rehired Affleck for his major motion picture ‘Pearl Harbor.’ The picture was a tremendous commercial hit, but it didn’t get much praise from critics.

In 2006, Affleck starred in HBO’s ‘Hollywoodland,’ a biopic of famed and well-known artist George Reeves. He was nominated for a Golden Globe and won the Venice Film Festival’s Best Actor award. He directed the film ‘Smokin’ Aces’ in 2007, which earned mixed reviews from critics but was a box office disappointment. In the same year, he directed his first film, ‘Gone Baby Gone.’ Affleck also contributed a screenplay to the picture, which was based on a novel by Dennis Lehane. Although ‘Gone Baby Gone’ did not perform well at the box office, Affleck’s direction was appreciated. In 2010, Affleck’s second directorial effort, ‘The Town,’ was released. He helped write the screenplay for the film, which was based on the novel ‘Price of Thieves.’ Critics had conflicting feelings about the picture. In 2012, he directed another picture, ‘Argo,’ which starred George Clooney. He won a Golden Globe, Directors Guild of America awards, and a BAFTA award for his work on the picture. He hosted the sketch comedy show ‘Saturday Night Live’ in 2013. ‘Gone Girl,’ a psychological thriller directed by David Fincher and starring Ben Affleck, was released in 2014. In the film, he plays a husband who is suspected of murder. In 2016, he portrayed Batman in the blockbuster film “Batman v Superman: Dawn of Justice.” He returned to the stage in 2017.