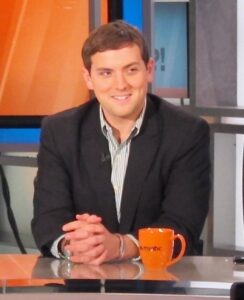 At such a young age, Luke Russert has had a lengthy career as a journalist. He has performed exemplary work for some of the largest media organisations in the United States. Luke’s estimated net worth as of 2022 is $10 million, primarily derived from his work as a writer. About his other sources of income, such as his investments or anything similar, not much is truly known. Despite occasionally encountering difficulties, Luke Russert is a superb journalist who has established his value. Given that he left NBC, we are curious to see what he will do next. 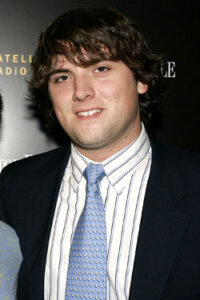 American TV news reporter Luke Russert previously worked for NBC News from 2008 to 2016. Luke has experience working for NBC Nightly News, TODAY, NBCNews.com, and MSNBC, among other media outlets. Additionally, he has served as a guest host on MSNBC’s Andrea Mitchell Reports and Way Too Early. Russert is the son of Maureen Orth and the late journalist Tim Russert. In 2004, Russert received his diploma from St. Albans School in Washington, D.C. He double majored in communications and history at Boston College, where he graduated in 2008, and worked for ESPN’s Pardon the Interruption. Luke Russert, who was born on August 22, 1985, is now 37 years old.

Luke once told POLITICO that Ireland’s Four Fields in Woodley Park is one of his favorite’s bars in Washington, D.C. because the bartenders make great Guinness and there is usually fantastic live music playing there. He also enjoys going to Billy Martin’s Tavern in Georgetown, which is another favorite’s bar. He authored an essay titled “What I Learned From My Dad” for the June 19th, 2011 issue of Parade. As a supporter of the Buffalo Bills in Buffalo, New York, where his father spent his formative years, Russert is a board member of the Buffalo Fan Alliance.

Russert and James Carville co-hosted the sports chat show 60/20 Sports on XM Satellite Radio while they were both students at Boston College. Only one month after graduating from Boston College and one month following the passing of his father, in August 2008, NBC News hired Russert as a correspondent covering youth issues as part of its coverage of the 2008 presidential election. He was tasked with covering both the Republican and Democratic conventions. His election night segment, which examined how young people were affected by Barack Obama’s victory, assisted NBC in winning a News & Documentary Emmy for its 2008 Election Night coverage.

Since Luke had little to no professional experience when he was hired, some of his detractors in the media, including some of his coworkers, accused him of unqualified nepotism. Luke has openly recognised this. The main reason for these charges is that his mother is a Vanity Fair correspondent and his father works for NBC. All he does, he said, is try to ignore it. From May 2009 through July 2016, he served as an NBC News congressional correspondent on Capitol Hill, where he covered the House of Representatives. He gained notoriety in 2010 when Rep. Charlie Rangel (D-NY), the then-chairman of the House Ways and Means Committee, publicly apologised to him.

Russert abruptly left NBC in July 2016, expressing a desire to consider his professional alternatives. Russert is passionate about the charity projects his late father championed. On April 20, 2010, the annual Congressional luncheon of the Boys & Girls Club of Greater Washington, which had been renamed in his father’s honour, began including him as the host. According to POLITICO, Luke enjoys sports and watches NBC’s Sunday Night Football as well as ESPN’s SportsCenter and College GameDay. At the 2013 News and Documentary Awards, the best report in a news magazine received an Emmy nomination. At the 2011 News and Documentary Awards, Best Outstanding Live Coverage of a Current News Story – Long Form received an Emmy nomination.