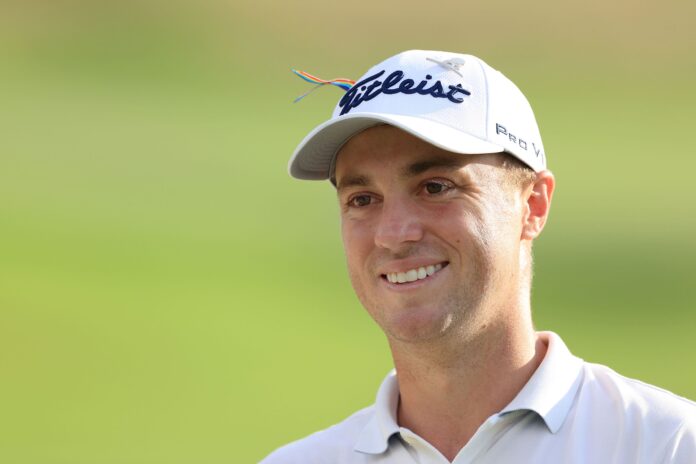 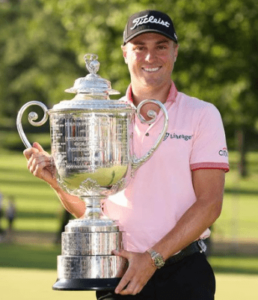 Justin Thomas net worth is $30 million. He is a professional golfer from the United States. In April 1993, Justin Thomas was born in Louisville, Kentucky. He participated in competition at the University of Alabama before going pro in 2013. He has participated in the Web.com Tour and the PGA Tour, respectively. His biggest triumph came at the PGA Championship in 2017. At the 2017 U.S. Open, Thomas tied for ninth place. At the 2018 Masters Tournament, he tied for 17th, and at the 2016 The Open Championship, he tied for 53rd. He was the 2015 and 2016 CIMB Classic champion. He won the Sony Open in Hawaii, the SBS Tournament of Champions, the Dell Technologies Championship, and the CJ Cup in 2017. He won The Honda Classic in 2018. He won the Nationwide Children’s Hospital Championship on the Web.com Tour in 2014. The Haskins Award went to Justin Thomas in 2012. He won the FedEx Cup, the PGA Tour’s top prize, the PGA Player of the Year award, and the PGA Tour Player of the Year awards in 2017.

Justin Thomas was born in Louisville, Kentucky, on April 29, 1993, and grew up there as well. North Oldham Middle School in Oldham, Kentucky, served as his alma mater. In 2011, Thomas graduated from St. Xavier High School with a diploma. 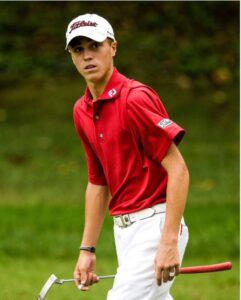 Thomas’ father, Mike Thomas, has served as the head golf professional at the Harmony Landing Country Club in Goshen, Kentucky, since 1990. Thomas has been a devoted supporter of the Louisville Cardinals for his entire life. He made the cut at the Wyndham Championship on the PGA Tour in August 2009 at the age of 16 years, 3 months, and 24 days, becoming the third-youngest player to do so. He became the youngest golfer to ever make the cut in a PGA Tour competition thanks to this. At the University of Alabama, Thomas played golf and was a part of the Crimson Tide team that won six times when he was a student there. He received the Haskins Award in 2012 for being the best golfer in his first year of collegiate competition. He made a contribution to the 2013 national champion team. 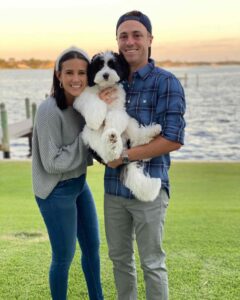 The name of Justin Thomas’ girlfriend is Jillian Wisniewski. She was born in 1993 and graduated from the University of Kentucky with a degree in journalism. She worked for the university TV department before starting her current employment as a Production Business Manager at McGarry Bowen in Chicago. Jillian barely made it in time to see her boyfriend’s big success in 2017, but she did. The duo has published frequent updates about their internet activities ever since they began dating in 2016.

The golfer, who is currently 28 years old, has been playing professionally since 2013. The next year, he won the Nationwide Children’s Hospital Championship and brought home his first professional triumph. Thomas has been given an invitation to compete on the PGA Tour in 2015 as a result of his fifth-place finish at the Web.com Tour Finals. He participated in the Quicken Loans National and Sanderson Farms Championship seven times, finishing in the top 10 seven times, and placing in the top 25 fifteen times.

The golfer also held the 32nd spot in the FedEx Cup, a competition that is a component of the PGA Tour. After winning the CIMB Classic in Malaysia in 2015, he achieved his first PGA Tour victory. In a close race, the American native defeated Adam Scott by only one stroke. He successfully defended his championship at the CIMB Classic in 2016. The golfer won his second SBS Tournament of Championship and third PGA Tour event the following year, in 2017. Although he is currently performing admirably in the game, his admirers are hoping that he will continue to win in the years to come.

In 2013, the 28-year-old golfer began competing professionally. During the 2014 Nationwide Children’s Hospital Championship, he earned his first professional victory. Thomas earned a spot on the 2015 PGA Tour after finishing fifth in the Web.com Tour Finals. In the Quicken Loans National and Sanderson Farms Championship, he finished in the top ten seven times and the top 25 fifteen times. The golfer also finished 32nd in the FedEx Cup on the PGA Tour. After winning the CIMB Classic in Malaysia in 2015, he won the PGA Tour for the first time. Just one stroke separated the American winner from Adam Scott in their contest. He won his second CIMB Classic in 2016, successfully defending his title. In 2017, the player took home his third PGA Tour victory at the SBS Tournament of Champions. His supporters are looking for more victories from him in the approaching seasons as he is still playing well.

Previous article
Things to Do After Getting a PC
Next article
Andrew Tate Net Worth, Early Life, Biography, Family, Personal Life, Career