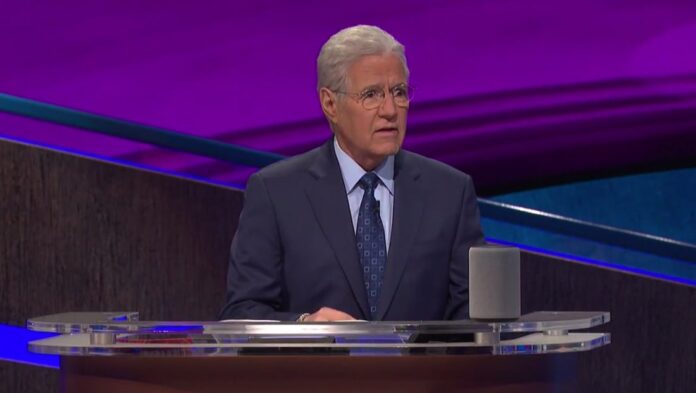 Alex Trebek was a Canadian-born American game show host with a net worth of $75 million at the time of his death. He is best known for hosting the syndicated game show “Jeopardy!” 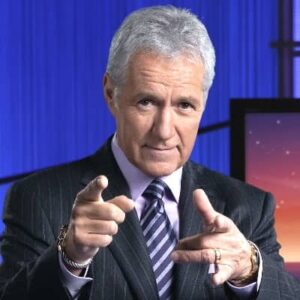 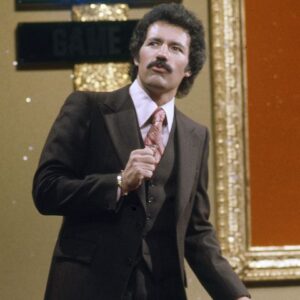 George Alexander Trebek was born on July 22, 1940, in Sudbury, Ontario, Canada. He grew up speaking both English and French because his father, George Edward Trebek, was a Ukrainian immigrant and his mother, Lucille Lagacé, was a Franco-Ontarian. He attended Sudbury High School (now Sudbury Secondary School) before continuing his study at the University of Ottawa. 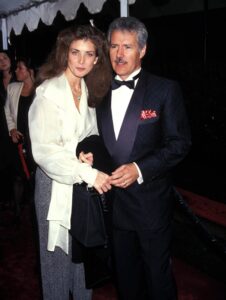 Trebek married businesswoman Elaine Callei in 1974. In 1981, they divorced and never had children together. He married Jean Currivan, a real estate project manager, in 1990 and they have two daughters. He was given naturalisation as a US citizen in 1998.In March 2019, he was diagnosed with stage IV pancreatic cancer and began intense treatment. As of March 2020, he had been cancer-free for a year. Alex passed away from cancer on November 8, 2020, at the age of 80, much to the amazement of the entire globe.

In 1961, he graduated from the University of Ottawa with a bachelor’s degree in philosophy. The next year, he began his television career with the Canadian Broadcasting Corporation (CBC). He started out filling in for broadcasters before moving on to reading the national news and covering a range of special events for the CBC’s television and radio divisions. Trebek’s first hosting gig was for the Canadian music show “Music Hop” in 1963. He also presented the high school quiz show “Reach for the Top” in 1966, was a CBC classical music broadcaster from 1967 to 1970, and hosted the weekly afternoon game show Strategy in the United States (1969). In 1974, he moved to the United States after landing a job as the host of NBC’s new game show “The Wizard of Odds.” During the 1970s and 1980s, he hosted NBC’s “High Rollers,” the second season of “The $128,000 Question,” and the first and only CBS game show he worked on, “Double Dare.” Trebek also hosted NBC’s six-month series “Battlestars” from October 1981 to April 1982. He was not paid for his work as the host of the show “Pitfall” since the production company Catalena Productions went bankrupt. With the support of game show media billionaire Merv Griffin, Trebek taped two episodes for a revival of the game show “Jeopardy!” The show was a success. It is his most well-known role in his long career, which he began presenting in 1984. He was hired as host after the original “Jeopardy!” host Art Fleming declined the assignment due to creative concerns. Since then, the relaunch of “Jeopardy!” has been a major success, winning a total of 33 Daytime Emmy Awards, a new record. Trebek broke Bob Barker’s record for most game show episodes presented by the same host with 6,829 episodes of “Jeopardy!” in 2014, breaking the Guinness World Record for most game show episodes presented by the same host. In 1991, he made television history by becoming the first person to host three American game shows at the same time, on “To Tell the Truth,” “Classic Concentration,” and “Jeopardy!” On “Jeopardy!” Trebek was paid $18 million per year. On the show, which was taped 46 days a year, he shot five episodes per day. In other words, he was paid around $391,000 every tape day, or $78,000 per actual programme. Vanessa White makes $208,333 every work day, whereas Pat Sajak earns $312,500, in comparison to the hosts of another popular long-running game show, Wheel of Fortune. When split down per show, Pat earns $52,083 each show while Vanna earns $34,722 per programme. In addition to his hosting roles, Trebek performed on a variety of shows as a panelist or player. In 1980, he took part in a week-long round robin competition for charity on NBC’s “Card Sharks,” alongside Allen Ludden, Bill Cullen, Wink Martindale, Jack Clark, and Gene Rayburn, among others. In the end, he triumphed in the event. In 1975, he starred on the NBC sitcom “The Magnificent Marble Machine,” and in 1978, he appeared on “To Say the Least.” In 1976, Trebek and Jim McKrell competed on “Celebrity Bowling,” winning their match against Dick Gautier and Scatman Crothers.